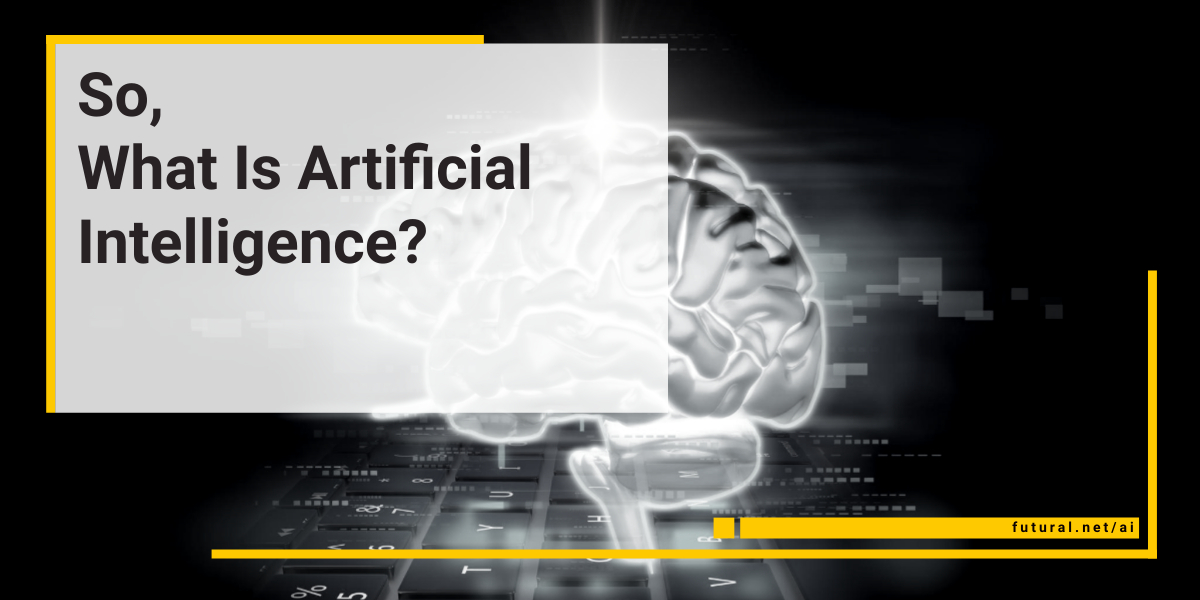 So What Is Artificial Intelligence?

Simply put, Artificial Intelligence entails creating computer systems that can perform several tasks usually associated with human abilities like thinking, understanding, analysing and more. Think about OpenAI beating professionals at a game of DOTA 2. It’s a complex game that requires you to adapt to the situation that arises as and when it does. Now imagine pitting a computer against a human in a scenario where the combinations are endless. How does this happen?

Computer codes have always worked because humans define everything for the computer and feed it to the computer, which can then perform a very limited number of tasks based on the information it was fed. Here, it is a human who is defining all the possibilities. But with Artificial Intelligence, humans can develop a system that can teach itself to define any further possibilities humans might not have thought of.

For example, instead of giving a computer 10 photos of an apple and then asking it to select one of those apples from a pool of photos, you feed all possible examples of an apple into a computer, irrespective of size, shape and colour, and “teach” it to recognize patterns and decide for itself if something is an apple or not. Facebook uses a similar technique when it suggests tags on photos you upload.

Artificial Intelligence uses enormous amounts of data, figures out patterns in that data and then figures out a way to use the data to solve a given problem further. It can be extremely useful when it comes to increasing efficiency and saving time, mainly because it is a lot faster than human beings and does not get tired; it can add a lot more to existing intelligence by finding new patterns and solutions, it is a lot more accurate than human beings, and one of the most important factors is that it learned and grew by itself – that is, it is capable of teaching itself from existing and new data.

Artificial Intelligence has been growing at an enormous pace penetrating several fields, including Human Resources, Finance, Law, Education, Security and Healthcare. This has mainly been possible because of huge developments in hardware (imagine the processing power required to analyse all that data) and subfields like Machine Learning, Deep Learning and Natural Language Processing.

There has been a lot of debate making rounds about the ethical aspect of Artificial Intelligence, particularly about the methods of data collection and the safety aspect of it. But the fact remains that it is one of the most amazing discoveries or developments that mankind has ever achieved, and it is revolutionising every sector. Being cost-effective and a lot more efficient, we can hope to see massive advancements.